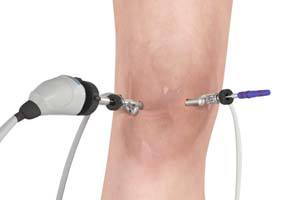 The knee is the most complex joint in the body and is formed by the articulation of the thighbone (femur) and shinbone (tibia). A kneecap is present over the front of the joint to provide extra protection. These bones are held together by four strong rope-like structures called ligaments. Two collateral ligaments are present on either side of the knee, which control the sideways movement of the knee. The other two ligaments are the anterior and posterior cruciate ligaments (ACL and PCL, respectively) present in the centre of the knee joint and cross each other to form an “X”. The cruciate ligaments control the back and forth movement of the knee.

The surgical repair of the completely torn ligament involves reconstruction of the torn ligament using a tissue graft taken from another part of the body or from a donor. The damaged ligament is replaced by the graft and fixed to the femur and tibia using metallic screws. Gradually, over a period of a few months, the graft heals.

Arthroscopic reconstruction of the knee ligament is a minimally invasive surgery performed through a few tiny incisions. An arthroscope is inserted into the knee joint through one of the small incisions to provide clear images of the surgical area (inside the knee) to your surgeon on a television monitor. Guided by these images your surgeon performs the surgery using small surgical instruments inserted through the other small incisions around the knee.

As the surgery is performed through small incisions it provides the following benefits:

Following arthroscopic reconstruction of the injured ligament, most athletes can return to their high-level sport after a period of rehabilitation. 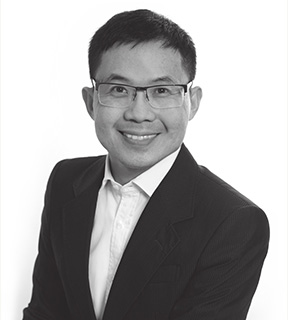